Subaru of America, Inc. announced today that four of its 2009 models have been named a 2009 'Top Safety Pick' by the Insurance Institute for Highway Safety. The following vehicles each earned a 2009 'Top Safety Pick' in their category: Subaru Legacy for Mid-size Sedan, Subaru Impreza for Small Cars, Subaru Tribeca for Mid-size SUV and Subaru Forester for Small SUV. This is good news for customers in Central Illinois. Uftring Subaru has recently requested an additional allocation of new 2010 Subarus because of increased customer interest.

"We are extremely excited about Subaru's recognition as a Top Safety Pick. Central Illinois wants to buy Subarus and this is one of the many reasons why," said Gary Uftring, President of Uftring Subaru in East Peoria. "Subaru's recent products and success as a franchise have made it necessary for us to order additional inventory. The demand has begun to outpace our supply - in large part because all of the new products are tremendously successful." 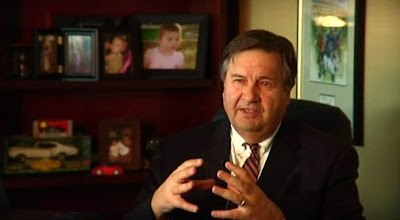 'Top Safety Pick' recognizes vehicles that do the best job of protecting people in front, side, and rear crashes based on good ratings in Institute tests. Winners are also required have to have electronic stability control (ESC), which research shows significantly reduces crash risk.
"It is not a surprise that Subaru has again received 'Top Safety Pick' awards for its vehicles," says Institute President, Adrian Lund. "Subaru is a standout for 2009 because it has at least one Top Safety Pick in every vehicle class in which it competes. The Top Safety Pick awards speak to the commitment Subaru makes to produce safer vehicles."
Posted by Uftring Auto Group at 2:12 PM