A few weeks ago, a team of Uftring Auto Group employees took a trip down south to New Orleans, Louisiana for the annual 2014 NADA Convention and Expo! We got some sneak peeks of what’s ahead for the Ford Motor Company and meet with fellow Ford dealers located all over the country. During the convention, we had the opportunity to get up close and personal with the all-new 2015 Ford Mustang!

This beauty is a beast. The all-new 2015 Ford Mustang sports car is the sixth-generation Mustang Ford has revealed, equipped with more fun and features than ever before. The look of the new Mustang looks mighty and fierce. We love this new 2015 model for many reasons, including the three incredible engines you can choose from. Each one more powerful than the next, the new pony has a 5.0 liter V-8, a 2.3 liter EcoBoost 4-cylinder and a 3.7 liter V-6. We know which engine we’d pick, which one would you? 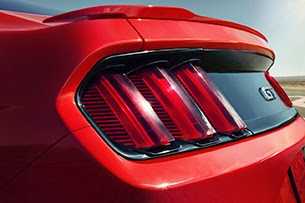 The interior is a whole other story. Inspired by aviation cockpits, you feel like you’re flying! From the controls to the gauges and steering wheel, the Mustang theme is apparent. New technology in every Mustang gives you that feeling of having the most prestigious and top-notch technology that is hard to find in cars right now. From the available touch screen dashboard to the standard push-to-start engine, you’ll impress anyone who takes a ride.

Imagine driving down your favorite Peoria area road, windows down, knowing you’ve got the hottest car on the highway. That’s a pretty cool feeling. Appearance aside, the 2015 Mustang is safe and as a brand new sports car, it’s affordable. You don’t have to be a millionaire to own the classic Ford Mustang.

We’ll have the new Mustang on sale later in the year, and we’ll be the first to let you know when you can come test drive one right here in East Peoria at the Uftring Automall! If you’re interested in learning more about the popular new Mustang, contact your salesman or call 309-694-0700. Click here to view our current Mustang inventory. 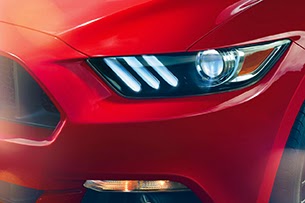 Posted by Uftring Auto Group at 11:07 AM

Sweet sixteen. Oh, to be young again. Remember your first car? Your first Chevrolet? What kind was it? Whatever vehicle you drove, your first one will always be a memory. It’s a piece of your history, it tells a story that no one else can. Memories, road trips, first dates, vacations…all these memories your very first car has parked right in your mind forever.

We know families who have passed down their Chevys to the newest young driver of the family, or purchased the perfect Chevy for their loved one about to take on the roads alone. Finding your newest driver of your family the perfect Chevrolet can be difficult, there are so many options! If you’ve got a teen almost ready to hit the road, it’s time to think about those options. What kind of car does my child want, or what kind of vehicle does my child need? These are all questions you’ve been contemplating, and we’ll help answer them at Uftring Chevy in Washington.

Not every new driver needs a car, but if you’re considering a new or pre-owned vehicle for him or her, we are here to help you pick the right one. Maybe your teen is going to drive your old Chevy, and you’re due for an upgrade. Maybe you’d prefer they have their own new or pre-owned vehicle of their own. Whatever the case, Uftring Chevy has the vehicle you want your child to drive, and most importantly to keep them as safe as possible. We invite you to stop in for a visit, let us get to know you and your soon-to-be driver! We add that personal touch that other dealerships just don’t care about. We want to know you, so we can help you figure out what’s best, and what’s next during your buying process.
Posted by Uftring Auto Group at 10:49 AM 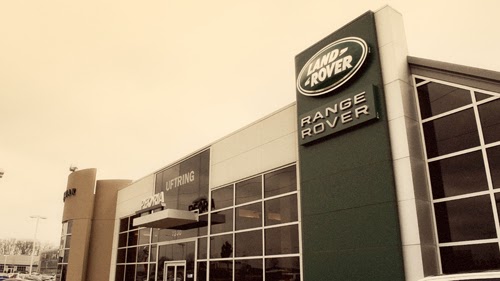 The Jaguar Land Rover company recently released year-end 2013 sales numbers and we are very impressed! Jaguar Land Rover North America announced a huge growth in December 2013 sales, both nationally and internationally, setting records for the entire brand. Jaguar Land Rover set new 2013 record sales with an increase in 15% of sales, over 50,000 units sold, ending last year as one of the fastest growing automotive brands in our country. A few months ago, Land Rover had its best month of sales in history, with an increase in 11% of sales due to the popularity of the incredible Range Rover Evoque. Click here to view our Range Rover inventory.

On top of a great year of sales, Jaguar Land Rover was named with several new awards! The Range Rover Sport was named the 2014 Four Wheeler of the Year by Four Wheeler magazine, the Range Rover Autobiography was named Robb Report’s Best of the Best winner of the Sport Utility Vehicle category and more! It’s been a great start to 2014 here at Jaguar Land Rover Peoria and each day we’re excited to serve you and help you find that Jaguar or Land Rover that fits you best. We’d love a visit from you, or a call to your favorite JaguarLand Rover sales consultant. If you’re too busy to stop by to see our inventory for yourself, our entire Jaguar and Land Rover new and pre-owned inventory can be found here. Shop online first!
Posted by Uftring Auto Group at 10:26 AM

We never want to think about it, but automobile accidents do happen. You could be the safest, most cautious driver on the road and still be involved in a very unwanted accident. Even the tiniest of fender benders can ruin anyone’s day, and our body shop is always ready for it. This time of year, Illinois weather can be most dangerous than any other season. Winter ice and snow may look beautiful, but on the road it can lead to hundreds of dollars of repair that you weren’t expecting to pay for. 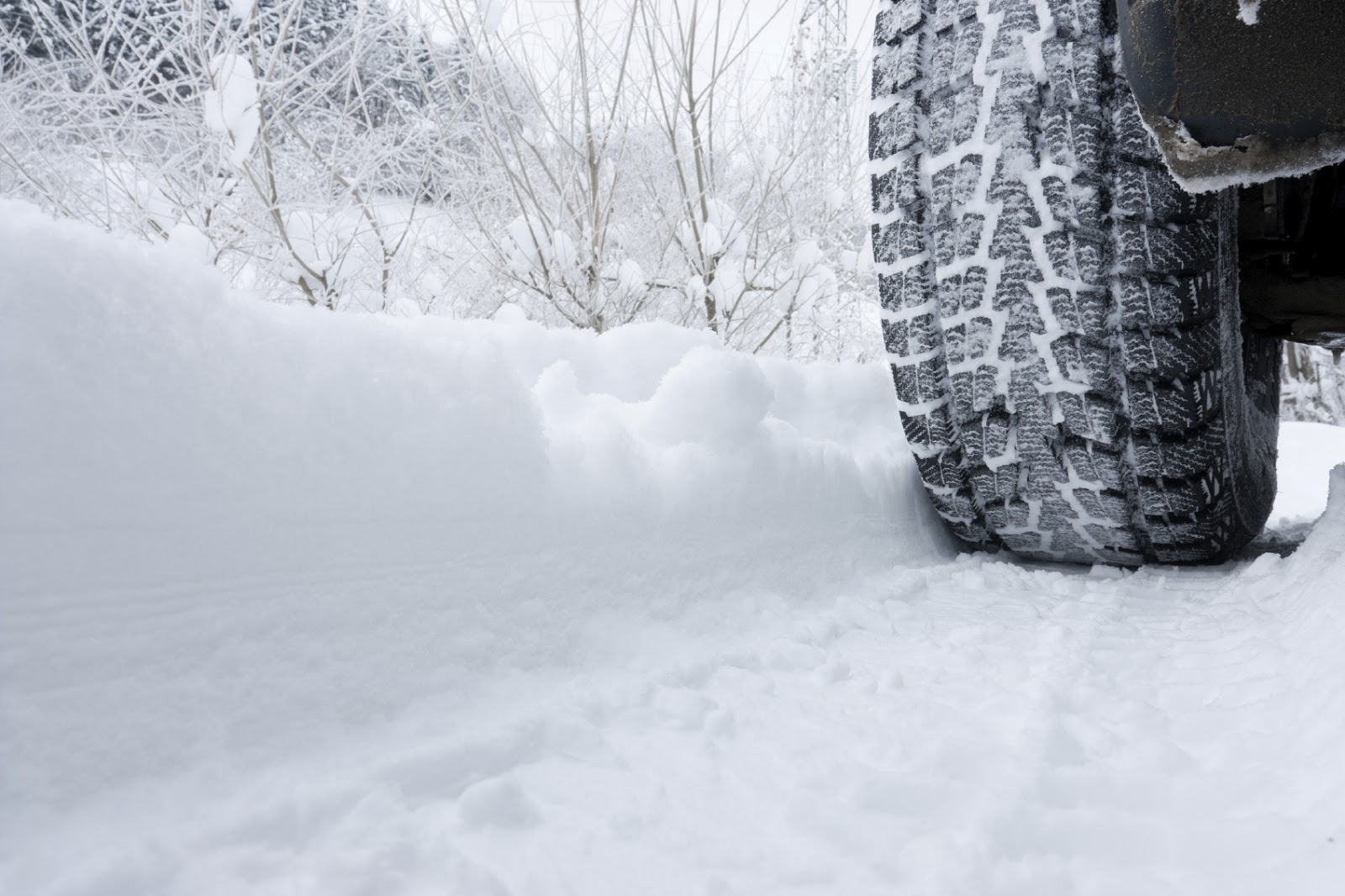 Uftring Weston’s Body Shop Collision Repair Center guarantees a fair price and exceptional service when it comes to your body shop needs. It’s stressful when your vehicle needs body repair work, and Uftring Weston staff promise to make it as easy and stress-free as possible. You can absolutely trust us with any of your repair needs, and we can guarantee you’ll drive away happy knowing you got the best price and best service around.

We’ve got the best technology, training and certifications you need to get you back on the road including top-of-the-line frame equipment, suspension alignment, measuring systems, a custom spray booth, computerized paint mixing and matching and more! We work with all insurance companies and provide you the years and years of experience you can trust. We are known for keeping our customers informed during the repair process, making sure you are aware of every move we make on your vehicle to provide you the best service possible. We truly want you to be a part of our Uftring Weston family, a customer for life.
Posted by Uftring Auto Group at 10:20 AM

Did you know Uftring Chrysler Dodge Jeep Ram's Service and Parts departments in North Pekin both have coupons available to you on their website? It’s true! We always have special deals going on whether you need a new part or you’re in for a tire rotation. We make an effort each month to provide special coupons that help you save the most money.

What do we have going on this month? Receive 4 oil changes for only $80, fill up your tires with nitrogen for only $5.00 per tire, get a front-end alignment for only $69.95, or even a FREE 27-point multi-point inspection with no appointment necessary! Now that’s service. Click here to see all the service coupons going on right now.

Our Parts department has some great coupon deals happening right now, including 10% off UConnect Hands-Free Devices, 10% any Saturday parts order, 10% off all Mopar accessories and more! Click here to see each parts coupon we are currently offering. You’ll be glad you checked them out!

We even have a winter special going on right now in Service for $128.95! Get your oil changed, battery tested, coolant flushed and full inspection so you and your vehicle are prepared for the next time this nasty Illinois winter weather strikes. Safety comes first, and you can only be safest in your vehicle if you frequently get it serviced.

Posted by Uftring Auto Group at 10:10 AM