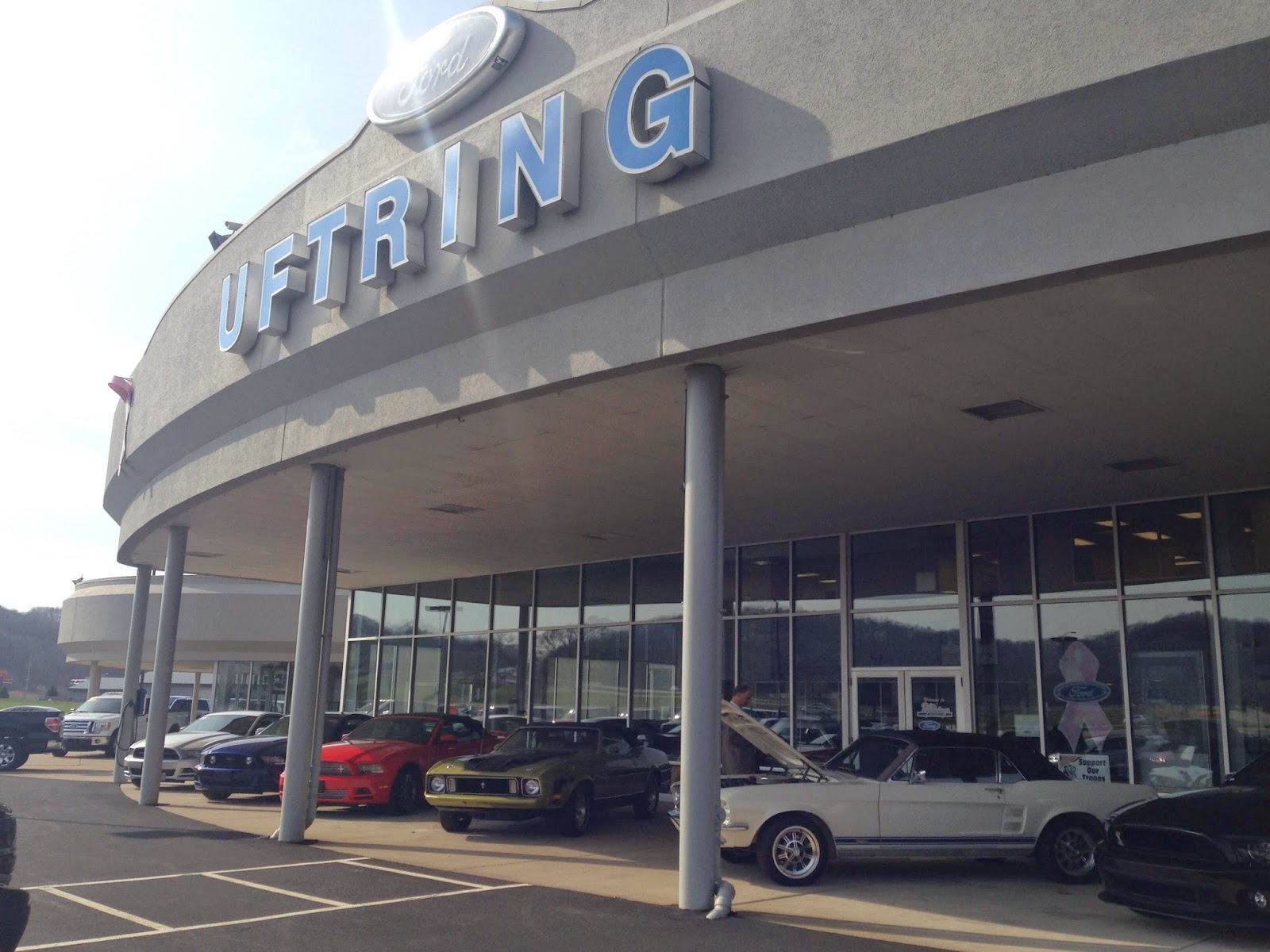 Last Thursday, April 17, was the 50th anniversary of the Ford Mustang! We hosted a celebration of the infamous Ford Motor Company model – it was a day full of Mustangs, both old and new. Beginning with a special cake ceremony at 9:30 a.m., the Uftring Automall showroom was full of incredible Mustang machines. From the newest models to aged Mustangs build decades ago, we had a huge variety of vehicles for our Ford enthusiasts to look at. 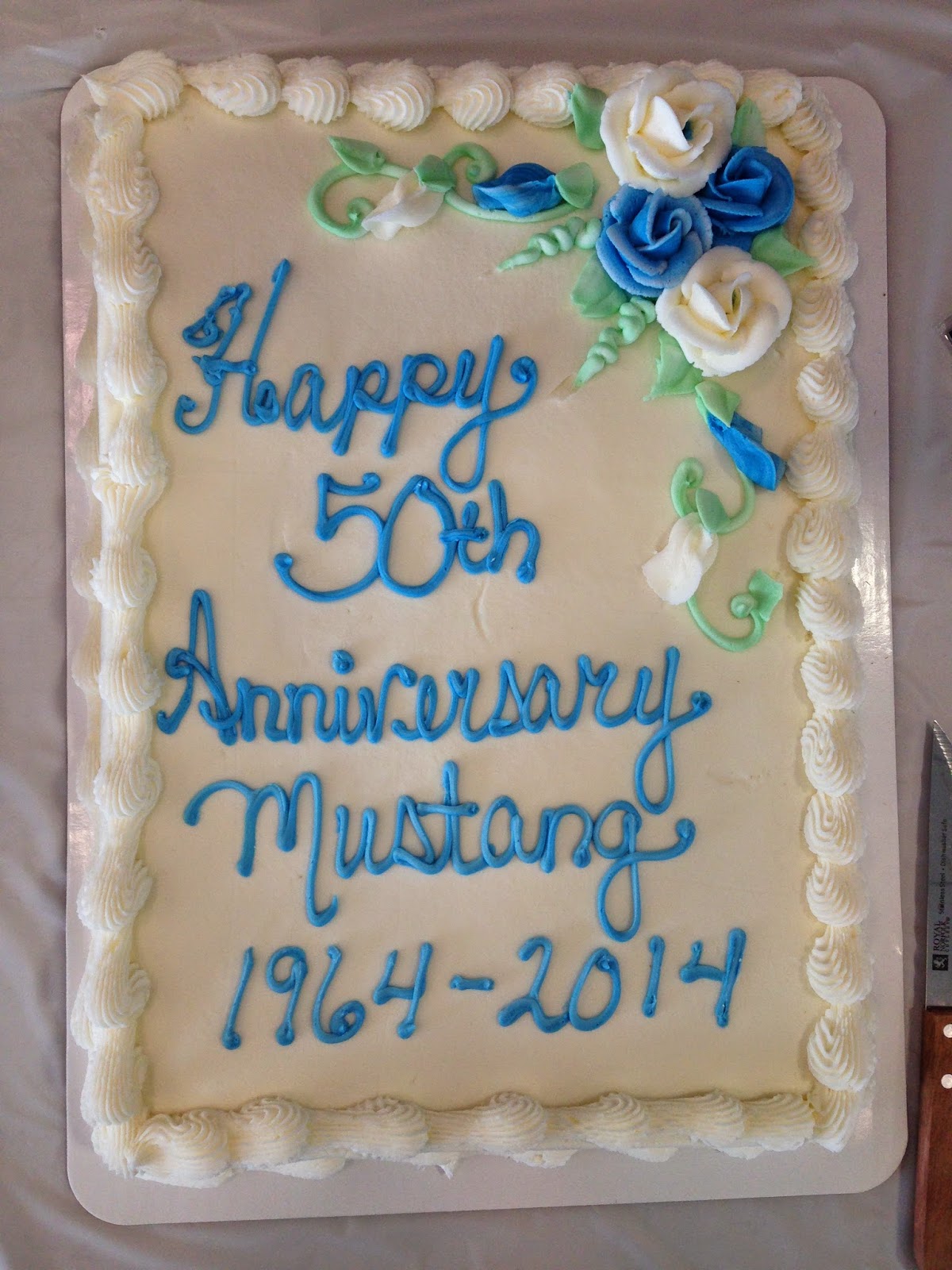 The Mustang has been such an important icon to both the Ford Motor Company and the Uftring Auto Group. The very first Mustang was premiered on April 17, 1964 at New York’s World Fair! The one-millionth Ford Mustang model was quickly produced just two years later on February 23, 1966. Over 22,000 Mustangs were sold on the day Ford released the Mustang for sale. That’s an incredible sale number, especially back then! 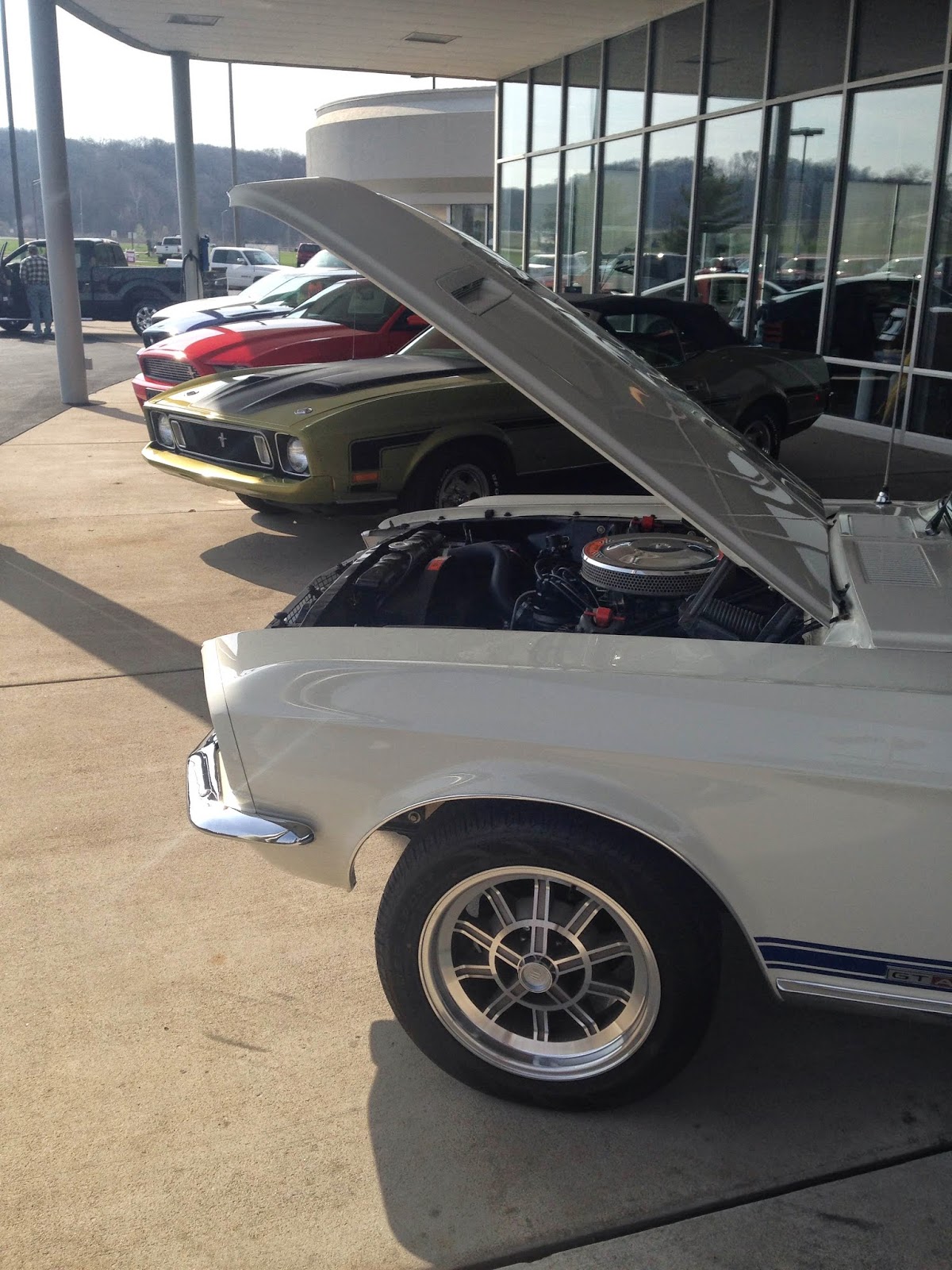 The mustang has evolved through time and has changed the sports car industry forever. The Mustang is an important part of automotive history and continues to be just as exclusive and popular as it was in years past. The newest Mustangs have revolutionized the sports car model completely, expanding its capabilities and horsepower while pushing the technology and the power of a Mustang to its limits – and beyond. We thank those who came out to help us celebrate 50 years of the Mustang, and we thank those who have purchased Mustangs from Uftring Ford all these years. Which Ford Mustang means the most to you? 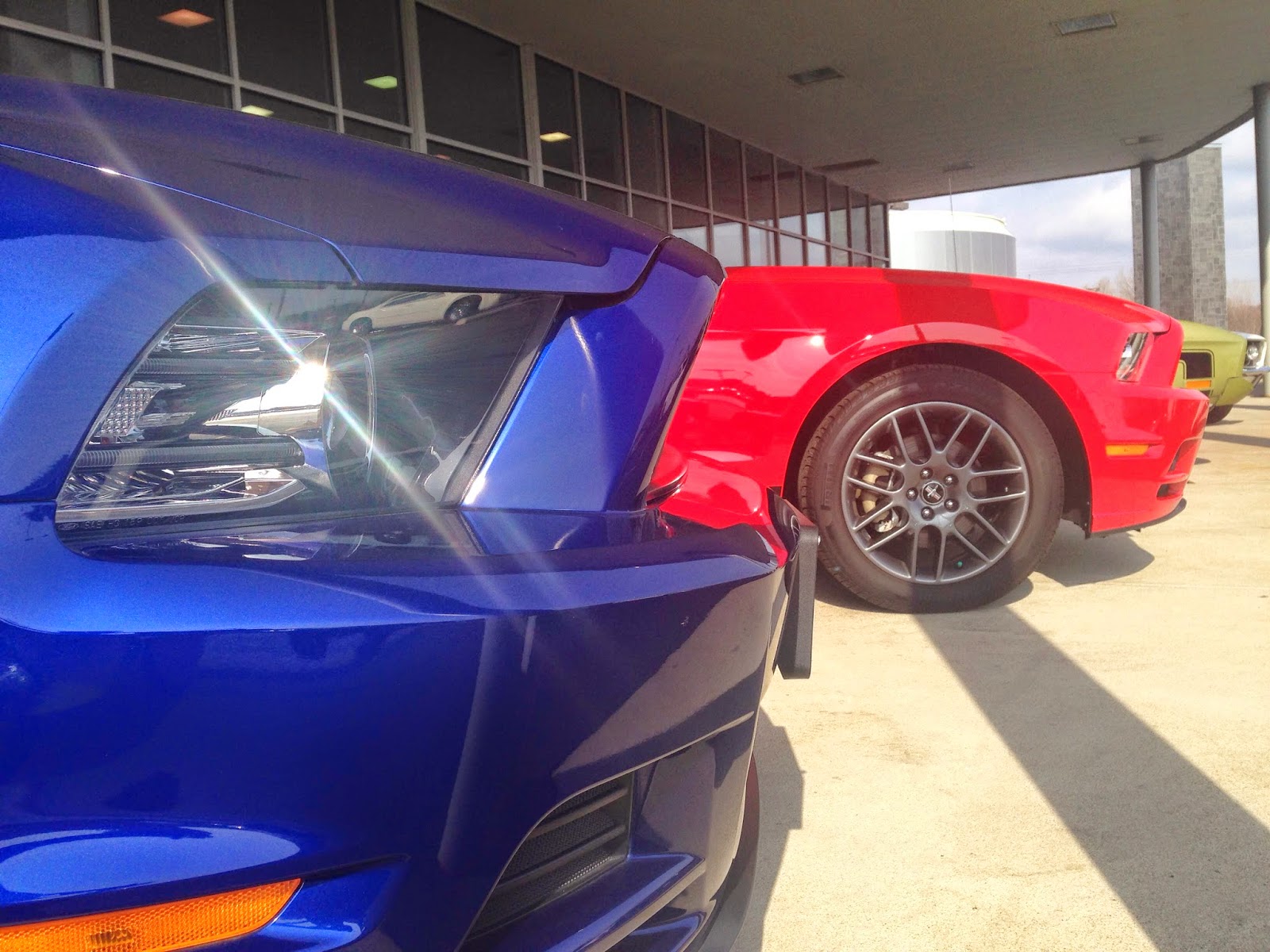 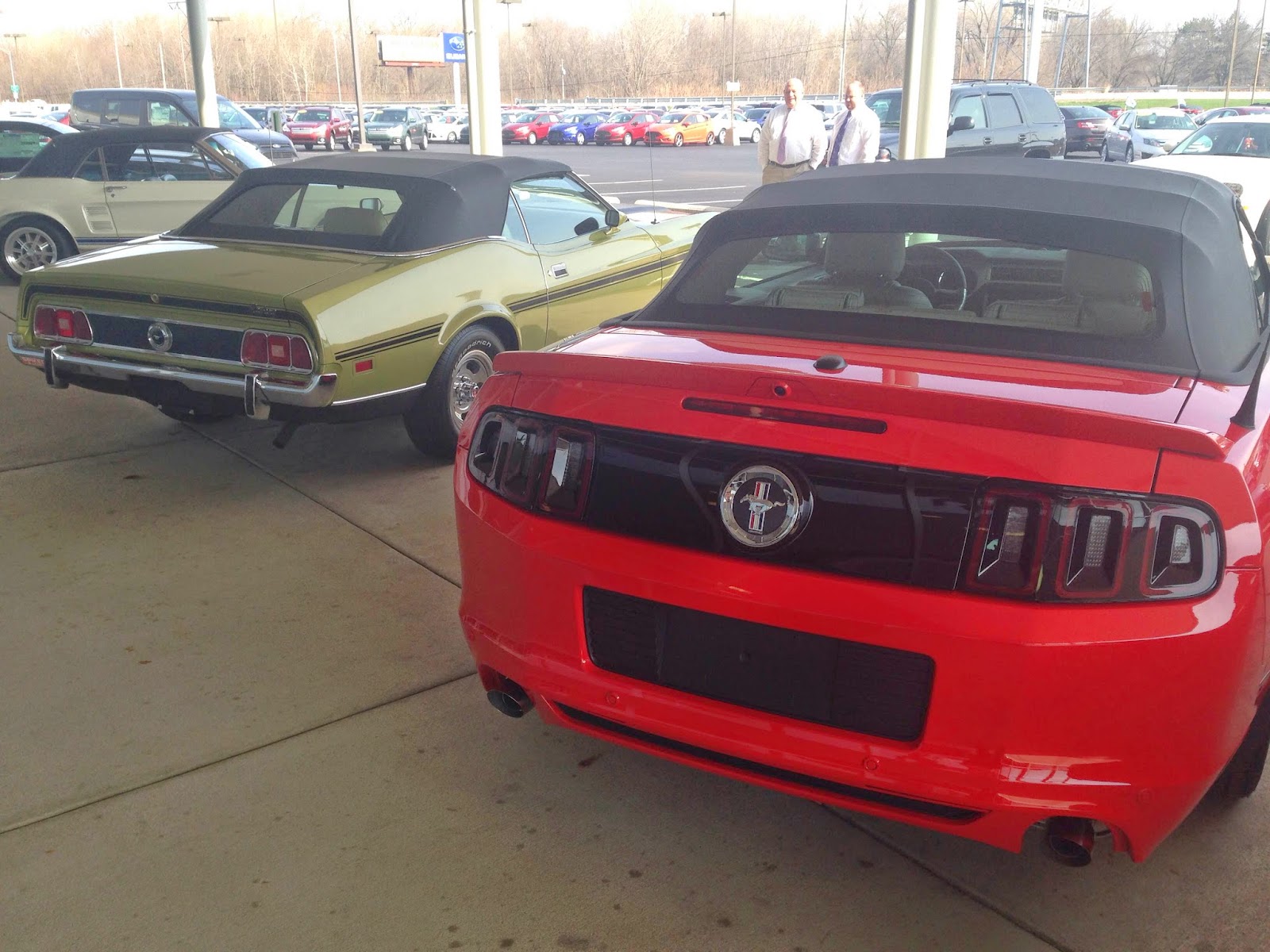 Posted by Uftring Auto Group at 9:01 AM 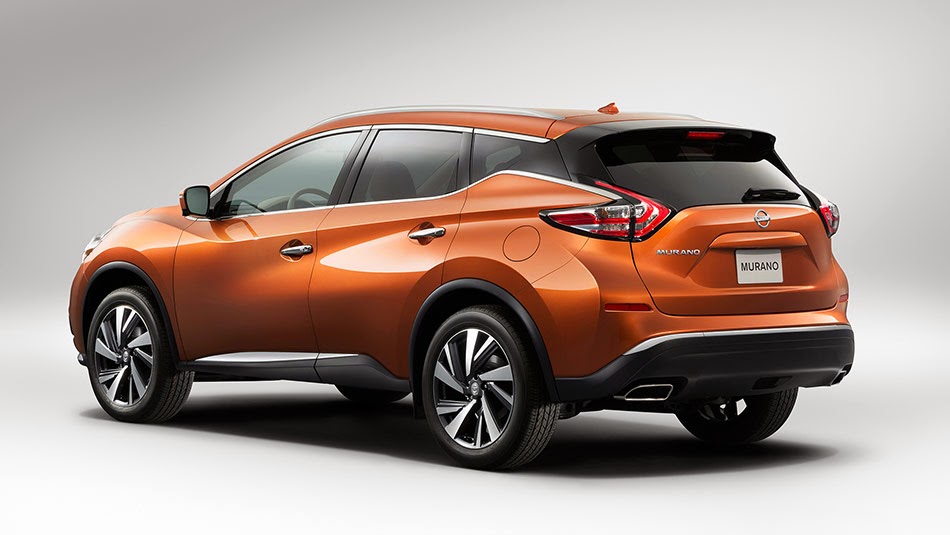 The all-new 2015 Nissan Murano was just debuted last week at the New York Auto Show! This edgy new SUV is guaranteed to be a huge hit among Nissan consumers and one photo of it can explain why. It’s got an obvious Nissan vibe to it, yet it’s so different than any other crossover on the market. According to Nissan, “premium comes standard” in the new Nissan Murano.
At 260 horsepower, the new all-wheel-drive Murano gets an estimated 18 MPG city and 24 MPG highway. It fits 5 passengers comfortably with 4 doors and plenty of extra storage room and cargo space for your needs. That’s what we like to call a perfect SUV.
One of the neatest most innovative features of the 2015 Murano is the Blind Spot and Lane Departure Warnings. You might not think you need help changing lanes or merging onto traffic, but with these safety features you’ll never have to worry again. It’s incredible what this feature can help you accomplish while driving, keeping you on your toes and staying aware of your surroundings on the road. Safety always comes first at Uftring Nissan. Always consider safety features and safety ratings when purchasing a new vehicle.


We’re not quite sure when the 2015 Murano will be available for sale, but you’ll be the first to know about it as soon as we get one on our lot! We know you’re as excited as each of our Uftring Nissan staff are to get behind the wheel of the new Murano. Interested in our Nissan SUV and crossover selection? Check out our inventory! 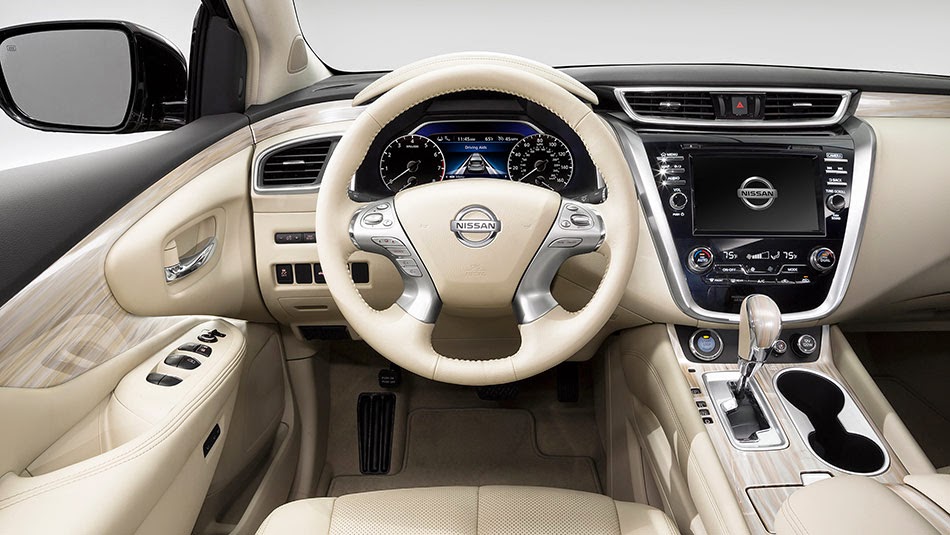 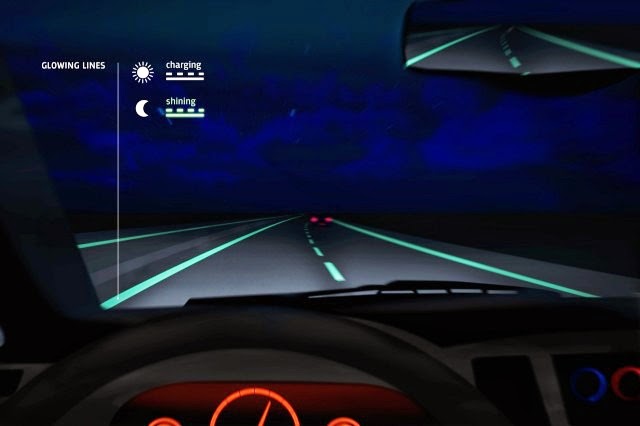 This week the world celebrated Earth Day, a great reminder to all of us to help out our planet everyday, not just once a year. In the car business, there are always new innovative ideas that help our earth including fuel economy, hybrids, electric vehicles and more. Something that normally doesn’t come to mind when you think of sustainability in the automobile industry is the phrase “glow roads.”

When you hear “glow roads,” what comes to mind? The Netherlands have taken night vision to a whole new level earlier this month by unveiling a road with glowing lines. Using light-emitting paint that glows in the dark, car headlights enhance the paint and allow drivers to see the road and lanes more visibly. These “Smart Highways” are considered a sustainable alternative for roadways that have little to no conventional lighting—giving the driver more lane visibility. There’s a possibility that glow roads will save loads of money on streetlight power.

Perhaps more enhanced nighttime visibility will make drivers more alert on the roads with greater visibility while driving when the moon is out. Thinking outside the box with sustainable efforts is so important to help save our environment, and the Netherlands are right on track with this idea. What do you think? Would you like to drive down a glow-in-the-dark paved road?
Posted by Uftring Auto Group at 4:41 PM 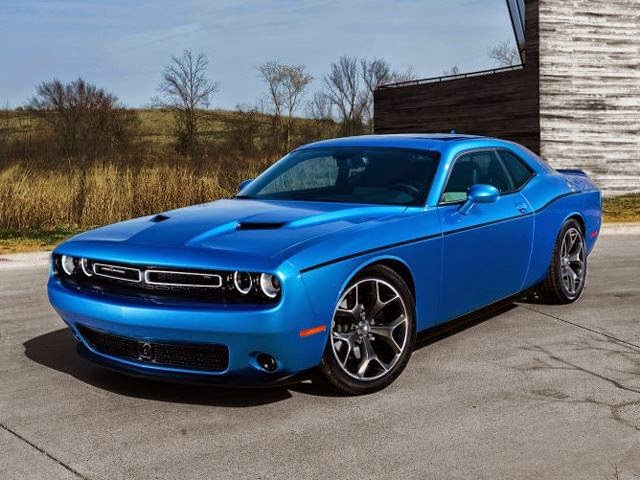 You can choose your 2015 Challenger in 8 very unique models, from the SXT, SXT Plus, R/T, R/T Plus, R/T Shaker, R/T Plus Shaker and 6.4-liter Scat Pack, to the 392 HEMI Scat Pack Shaker: a Challenger lover’s dream car.

If you weren’t already aware, Dodge will be celebrating its 100th birthday later this year, and what better way to kick off a birthday year celebration than with arguably one of the most renowned and distinguished Dodge models of all time—the Dodge Challenger. Click here to view our latest Dodge Challenger inventory. 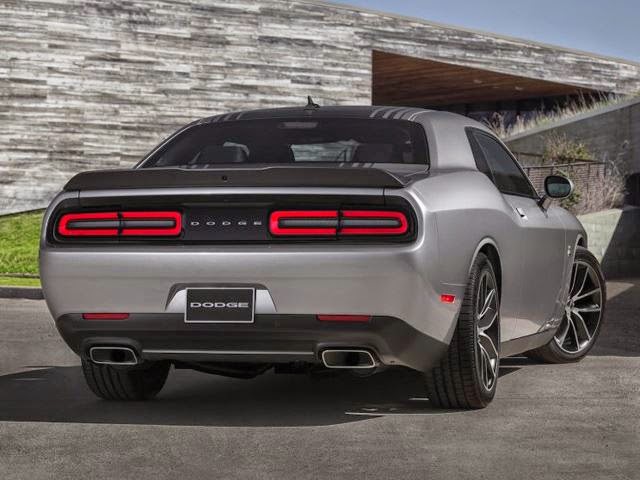 The all-new 2015 Trax was unveiled just last week by Chevrolet at the International Auto Show in New York. The Trax is a subcompact SUV that will be put into production later this year and we can’t wait to have the new models on our showroom for you to test drive. If you’re interested in a new kind of SUV, one that is uncommonly modern and affordable, the Trax just might be the Chevy for you.

At 138 horsepower, its 1.4-liter turbocharged 4-cylinder engine gives any Trax driver the speed and comfort in a 6-speed automatic transmission. Its cargo space is much larger than expected – over 48 cubic feet of storage room! The 2015 Trax has optional all-wheel-drive capability, along with the available 4G LTE Wi-Fi from OnStar. Who doesn’t want Wi-Fi in their vehicle? It’s possible, and it’s possible at an affordable price with the Chevy Trax.

No MPG rating has been established for the 2015 Chevy Trax yet, but we’re expecting the fuel economy to be pretty impressive. It’s safety options, high tech features and contemporary design all bring this cutting-edge SUV together as one of Chevy’s most incredible models yet. We’re excited to show you the Trax as soon as we get one in stock, and we look forward to showing you all the capabilities of the Chevrolet brand that we are so very proud to sell.
Posted by Uftring Auto Group at 4:18 PM